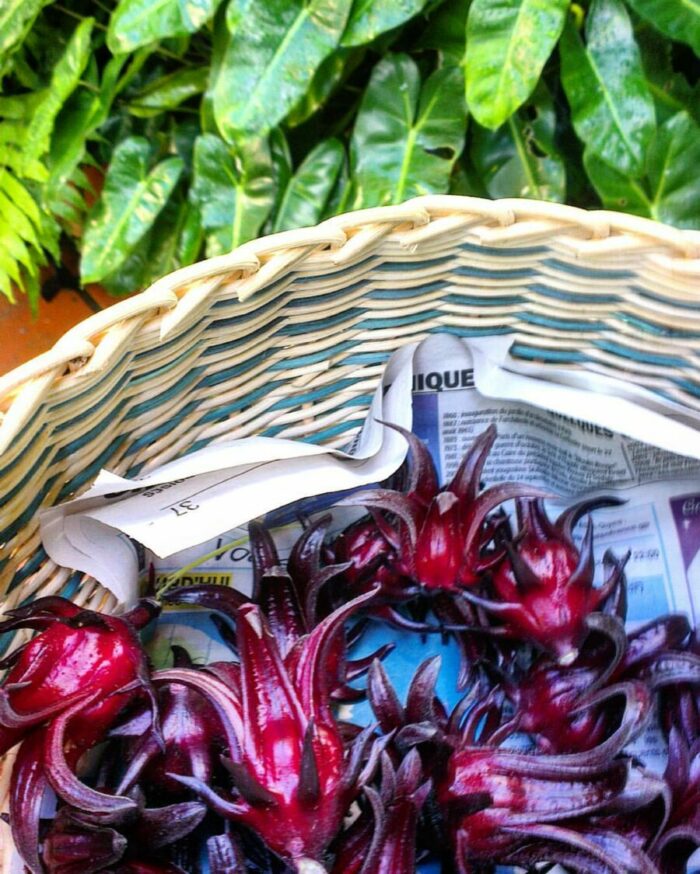 There’s no denying that sailing culture goes hand-in-hand with alcoholism. On my first charter job as a cook, the captain constantly had a mug of ‘fruit juice’ in hand which he would top up from the box of rum in the cupboard as the day wore on. In fact many captains I met who had been in the business a while were hardened drunks (despite the fact that being responsible for a boat really should demand a pristine level of sobriety). Even though it was strictly forbidden by the company for crew to drink whilst on charter, the culture of sunshine and guests being on holiday was a risky combination and it was difficult to resist a wee glass of wine with the meal you’d spent so long lovingly preparing for them. Or having a cheeky ti punch with them after a long day’s hard work. But pretty soon I learnt that giving in to drinking with the guests made me unable to maintain a professional level of politeness with those passengers who pissed me off. A cloudy head made my ability to articulate fake charm in French impossible to sustain, and I would have to resort to my other tactic – ‘oh dear, I can’t speak French any more. Bye.’ It came across as a bit rude, but was better than the alternative.

This couldn’t go on: I needed to stop drinking at work (no shit, Sherlock). But this was hard, especially with the French culture of apéro before a meal (drinks and nibbles – twice a day on charter) where they really wanted you to join in with them. There were several captains who also resented me not drinking, because they felt like it made them look unprofessional in front of the guests. We both had to be in it together, and you didn’t want your cook to be sour and boring. The passengers would nag and plead, and ask why I couldn’t just have a small one, until I would eventually look them in the eye very seriously and say ‘because I have a drinking problem’. I couldn’t tell them it wasn’t allowed (the captain would look bad) or that I couldn’t keep it together professionally after just one rum (I would look bad), but the idea that this angel-faced English girl was a recovering alcoholic shut them up right away. And maybe there was some truth to the notion of having a drinking problem – I am British after all; it comes with the culture.

Anyway, there were often tee-total guests who were perfectly happy with fruit juice, so they would cheerfully pour me a glass of that and include me in the toast anyway. The problem is, Caribbean fruit juice is unbearably sweet, and I hate sugary drinks. I’m a spirits girl. Neat single malts (the more expensive and peaty, the better), or a good rum with a spritz of lime and hardly any sugar (ti punch). Traditional mocktails which just mix a fruit juice with some other syrups make me cry. And if I was going to have to drink this twice a day every day, I really didn’t want the calorie hit. So I started experimenting, using any unsuspecting tee-total passengers as guinea-pigs.

As a charter cook for French tourists in the Caribbean, one of my goals was to have them eat as much local cuisine as possible. Many weren’t very adventurous eaters, I discovered, and weren’t really convinced that non-French dishes were real food. When they came aboard the first day, I would time them to see how long it took for someone in the group to make the joke about having to suffer the food of an English cook (you don’t eat well in your country, do you? You’re not going to give us… <gulp>… pudding, are you? Guys, things have moved on since you went on that exchange trip in the 70s). One group managed it in the 10 minutes before they even boarded, and each time they do it think they’re being so funny and original. One time it wasn’t even a joke. So it was always a great pleasure to present them with something I’d learned to make locally, and see them regard it with raised eyebrows and the wary comment ‘hmmm, c’est originale, ça’ (to be ‘original’ in French isn’t necessarily a good thing). One of my favourite education missions was to feed them the Caribbean Christmas drink sorrel juice (groseille pays, in Martinique). It’s made with fresh or dried hibiscus (sorrel, locally) flowers, fresh ginger, a cinnamon stick, a reasonable slug of vanilla essence and sugar or cane syrup to taste. Hibiscus is in season at that time of year, which is why it says ‘Christmas’ to so many people in the islands. I serve it as an alcohol-free alternative to whatever the guests are drinking, but it’s great with rum in it too.

It’s basically a tea infusion – the ingredients boiled up and left to cool. You could also condense all the ingredients and make a syrup, as my Martiniquaise landlady taught me to do. This is also nice in rum or as a flavouring to sparkling water (or whatever you fancy). My landlady liked to make a jam with the corpses of the used flowers afterwards. All in all, it’s a lovely drink and the gastronomically adventurous guests appreciated it. But it wasn’t quite the apéro drink I was looking for to join in the toast. I wanted something I could sip slowly, with a bit of an adult edge, so I continued my explorations. 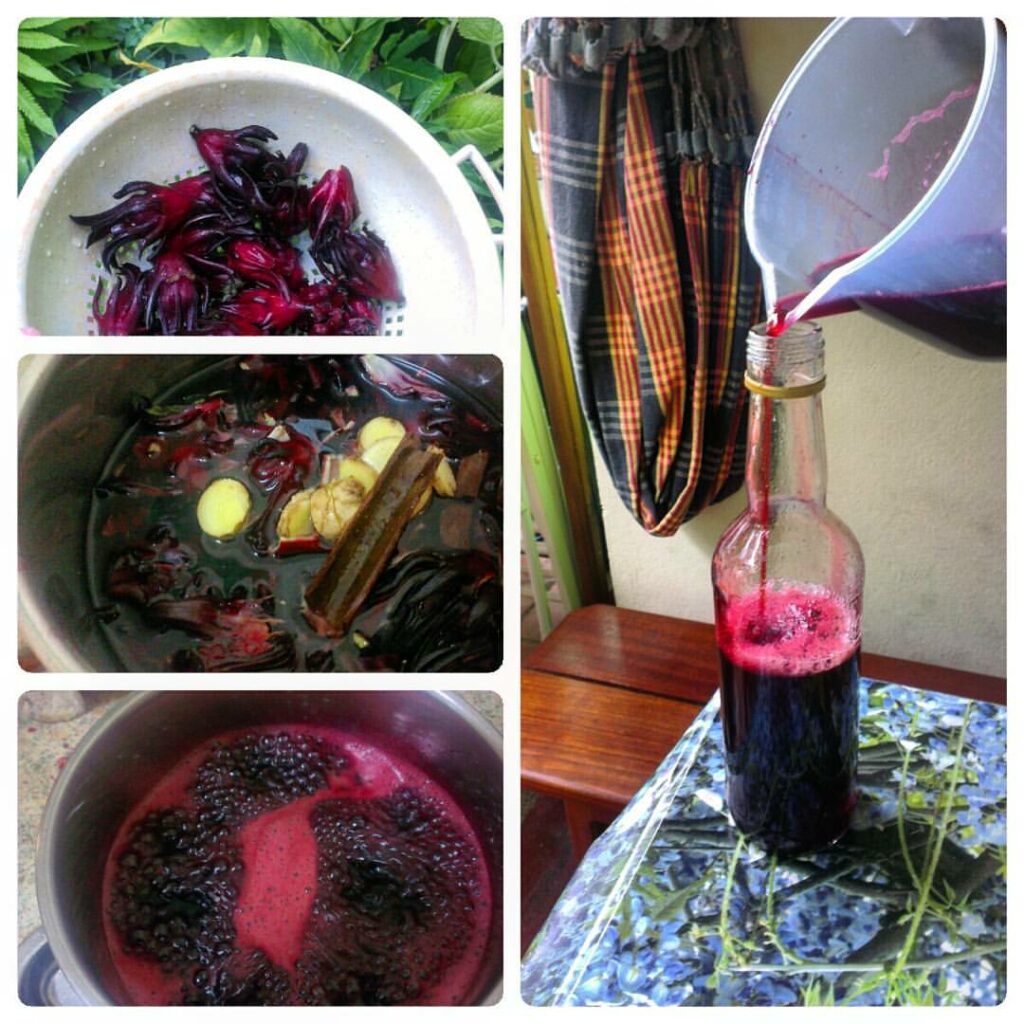 Whilst wandering the Grenadines grocery shops picking up interesting supplies (I was using this job as an excuse for my own culinary exploration – my dear friend Labrador Eyebrows always told me that the clients were there just for your experimentation – and so my poor victims would always have to put up with whatever intriguing local ingredient I wanted to try), I noticed a strange drink popping up regularly on the shelves. Mauby. Then I noticed packets of tree bark in the spices section. Also Mauby. I asked Google for guidance. Apparently this was a West Indian soda or slightly fermented beverage (when homemade) that was classic for the area but definitely an acquired taste (like root beer but worse?). I bought a bottle to try. It was kind of bitter and disgusting, but I loved the way it was traditionally prepared – the ingredients all boiled up and left to cool, with sugar added later so the drink could ferment in its own time. I asked a stall-holder in the Union Island fruit and veg market about it, and she handed me a packet of the bark with additional spices included (cinnamon, cloves and aniseed). She explained how to make it (essentially what I’d read – make a tea and leave to cool). I informed the guests we would be trying something exciting and local. They regarded the boiling pot with scepticism.

The homemade version was significantly nicer than the industrial stuff from the Hairoun brewery. It was extremely pungent and bitter, for sure an acquired taste. I dutifully left some out to ferment. Among the guests for this charter were a couple of tee-totalers and a guy who was a big mixology fan. The evening came and they were fully in the party spirit and wouldn’t take fruit juice for an answer. They were drunk and happy, and were impatient for their apéro toast. They wanted to toast the crew, for giving them such a brilliant holiday. I couldn’t duck out. The dodgy foamy mauby didn’t seem to fit in with the spirit of things, so I diluted it with the chilled sorrel juice and added a slice of pink grapefruit and a dash of Angostura. I joined the party with my ruby-red grapefruit garnished mystery liquid. My mixology fan was intrigued. I let him have a taste. It was both fruity and bitter, sort of tending towards a Negroni. The French aren’t usually into bitter drinks like the British are, but he was a big gin fan and he felt like we were onto a winner. He ordered his own from me and I started working out how to improve the recipe. I was never going to be a Mauby drinker, not in its traditional form… but I had stumbled across a surprising combination of classic Caribbean drinks which gave a pretty good imitation of a classy cocktail. And what was more, it could be made with hardly any sugar and if you brewed the initial tea strong enough, you could add sparkling water for that added sense of sophistication.

After that I used my trips ashore to stock up on more sorrel and mauby bark every charter and experimented on the guests. They were never big fans, but that was irrelevant. I decided I wasn’t the biggest fan of the original Mauby spice mix. I wanted to make the whole thing more like gin. I gathered a selection of gin botanicals to add to my tea – most importantly, juniper. My finished recipe can either work as an all-in-one tea, with Mauby and extra spices added directly to the sorrel juice, or as two base drinks that you mix according to taste. If you’re making the all-in-one tea, try not to use too much mauby bark, as it’s very strong. I’m not very good at quantities as I just do it by eye and accept that it’s going to be different every time, but here is my vague recipe:

Bring to the boil and simmer for about 10 minutes. Leave to cool (flavours still infusing) and strain off the liquid. Add sugar or cane syrup to taste. If you like your drinks fizzy, make sure it’s over-concentrated so you can add soda water. You could also make it as a syrup, but it’ll be more sugary.

Bring to the boil and simmer for 10 minutes. Leave to cool and strain off the liquid (try and get it as concentrated as you can). 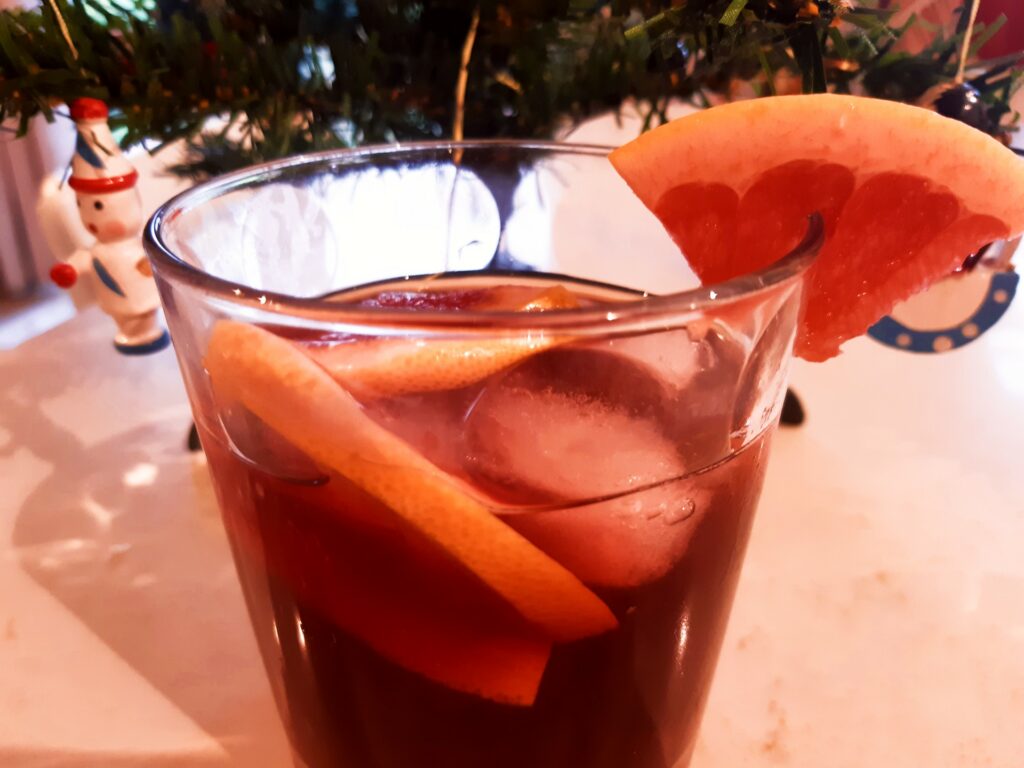 For the cocktail: Choose a nice glass and some ice cubes. Mix about 1 part Mauby to 5 parts Sorrel. If you have it, a dash or two of bitters wouldn’t go amiss. Garnish with a slice of pink grapefruit. It’s a fruity spicy bitter sour drink for slow pre-dinner sipping, low on calories and full of the (supposed) health benefits of its ingredients:

Store chilled in a couple of nice glass bottles, and mix up when you fancy it! It seems to last a good few weeks in the fridge, but it’s always been drunk before I can test its shelf-life further. The recipe will take some tweaking and experimenting to get it how you like it. Mauby and sorrel can usually be sourced online, but since sorrel (hibiscus) is a common ingredient in any red tea, you could probably use teabags from the supermarket and add your own take on the bitter mix. Let me know in the comments below if you end up trying it. 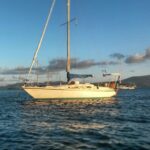 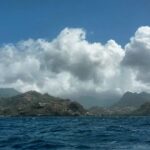 We Don’t Do That (murdering cruisers) Any More